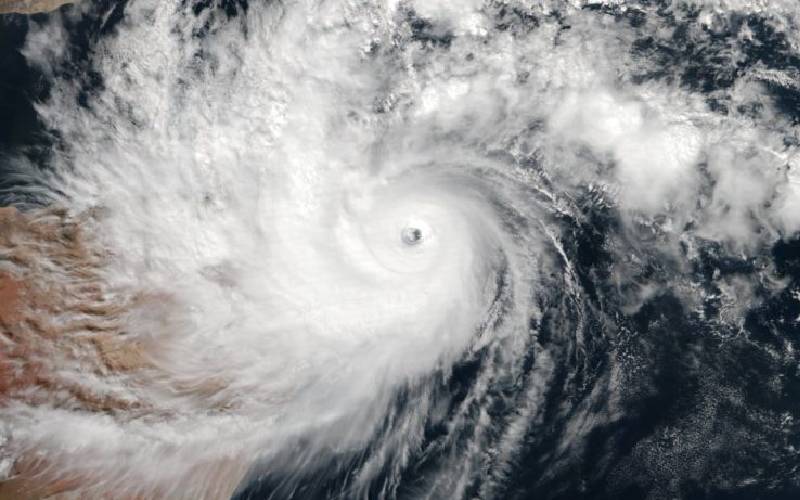 A cyclone that hit parts of Somalia this week killed eight people and displaced thousands, flooded farmlands and could worsen a locusts plague, an official and United Nations agencies said.

The U.N. Office for the Coordination of Humanitarian Affairs (UNOCHA) said on Thursday Tropical Cyclone Gati made landfall in the semi-autonomous Puntland region on Sunday and subsided on Tuesday, but moderate and light rain continues to fall.

Eight Yemeni fishermen had been killed by the cyclone, Mohamed Yusuf Boli, commissioner for the coastal district of Hafun told Reuters.

“It also destroyed many boats and houses. The town is in water and in bad situation,” Boli added.

In addition to the deaths, UNOCHA said the cyclone had displaced 42,000 people from their homes.

“The cyclone has disrupted livelihoods by destroying fishing gear, killing livestock, and flooding agricultural land and crops,” the agency said in a report.

The U.N. Food and Agriculture Organization (FAO) said earlier this week the cyclone could also allow immature desert locust swarms in Hargeisa and Jigjiga in Ethiopia to mature faster and lay eggs.

Subscribe to our newsletter and stay updated on the latest developments and
special
offers!

The effect of the cyclone could also be to let the swarms to move south east to Ogaden region and lay eggs there too, the FAO said.

The insect plague hitting Somalia is part of a once-in-a-generation succession of swarms that have swept across East Africa and the Red Sea region since late 2019, driven by unusual weather patterns.

Man arrested in connection with carjacking in Toronto: police – Toronto

Stagflation, reflation, soft landing or a slump — what Wall Street expects in the second half of 2022

Man arrested in connection with carjacking in Toronto: police – Toronto

Stagflation, reflation, soft landing or a slump — what Wall Street expects in the second half of 2022

Should the Fed start selling its mortgage holdings at a loss to fortify its inflation fight?