ADDIS ABABA (HAN) September 16. 2020. Public Diplomacy and Regional Stability Initiatives News. Monitoring Regional Issues. BY:Theo Neethling. Recent media reports claim that a covert Kenyan paramilitary team is responsible for the unconstitutional killing of terror suspects in nighttime raids. The reports are based on interviews with US and Kenyan diplomatic and intelligence officials.

The team was trained, armed and supported by US and British intelligence officers.

It has been reported that since 2004, a Central Intelligence Agency (CIA) programme has been operational in Kenya without public scrutiny. For its part, the British Secret Intelligence Service (MI6) has played a key role in identifying, tracking and fixing the location of targets.

This has drawn renewed attention to the reality of widespread foreign security operations in Africa.

At least 13 foreign powers have a substantial military presence on the continent. The US and France are at the forefront of conducting operations on African soil.

Moreover, private military groups are active in several conflict zones on African soil. Northern Mozambique is the most recent case. 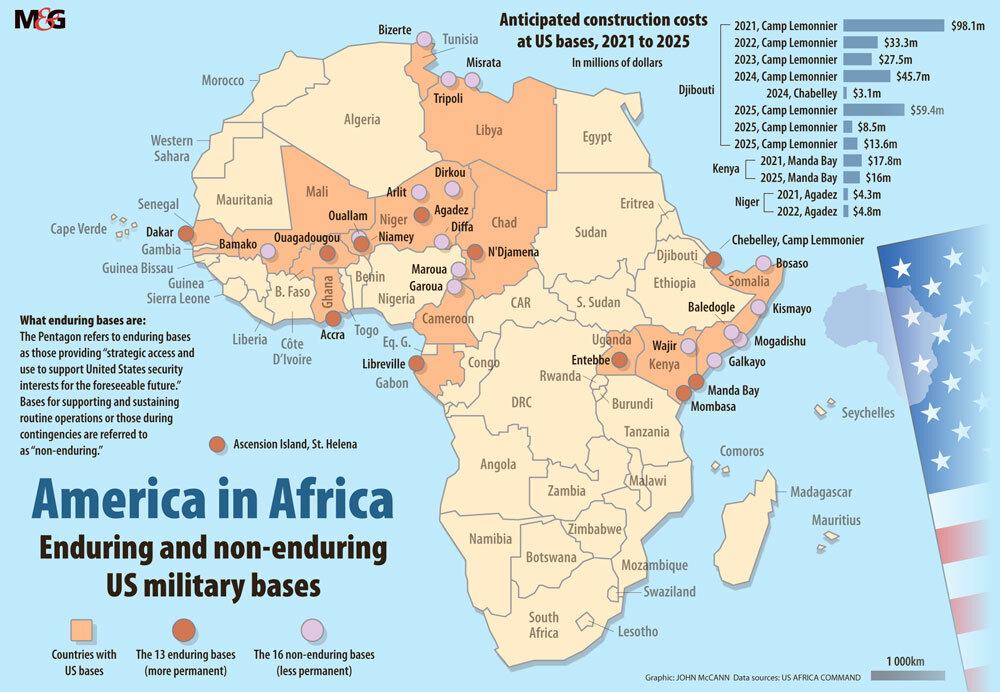 These dynamics coincide with claims that Russian MiG-29 and Su-24 warplanes have now conducted missions in Libya in support of Kremlin-backed private military forces to extend Moscow’s influence in Africa.

ilitary personnel on rotational deployment in Africa. These troops carry out joint operations with African forces against extremists or jihadists. They are hosted in military outposts across the continent, including Uganda, South Sudan, Senegal, Niger, Gabon, Cameroon, Burkina Faso and the Democratic Republic of Congo.

Like the US, France has either deployed military forces or established bases in a number of African countries. The country has more than 7,500 military personnel currently serving on the continent. Its largest presence is in the Sahel, especially in the border zone linking Mali, Burkina Faso and Niger.

The presence of foreign military forces in Africa is not limited to Western powers. China has been particularly active with its military presence in the Horn of Africa. It has become more engaged since 2008 when it participated in the multinational anti-piracy mission in the Gulf of Aden.

Since then China has maintained an anti-piracy naval presence in the Horn of Africa and Gulf of Aden. Between 2008 and 2018, the Chinese Navy deployed 26,000 military personnel in a variety of maritime security operations.

In 2017, China inaugurated its first overseas military base in Djibouti. This came after the US established Camp Lemonnier in Djibouti in 2003. 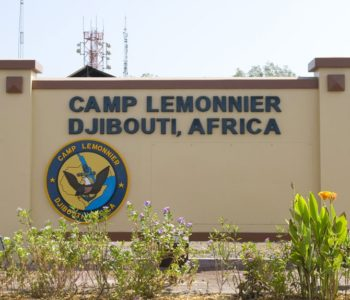 China’s military base in Djibouti was set up to support five mission areas. These are counter-piracy in the Gulf of Aden; intelligence collection on other countries; noncombat evacuation of Chinese citizens in East Africa; international peacekeeping operations where Chinese soldiers are deployed; and counter-terrorism operations.

India is another Asian nation that has increased its naval presence in Africa. The country has established a network of military facilities across the Indian Ocean to counter China’s rising military footprint in the region.

It also wants to protect its commercial sea lanes from piracy.

India has ongoing deployments that monitor developments in the Horn of Africa and Madagascar. The country also plans to establish 32 coastal radar surveillance stations with sites in the Seychelles, Mauritius, and other locations outside Africa.

When it comes to the Middle East, Turkey and the United Arab Emirates (UAE) are the two countries with a notable military presence in Africa.

Turkey joined the international counter-piracy task force off the Somali coast in 2009. In 2017, it opened a military base in Mogadishu, Somalia. The purpose is to train recruits for the Somali National Army. Turkey will also support the Somali navy and coastguard.

The UAE has had a military base in Eritrea since 2015. It comprises a military airfield with aircraft shelters and a deepwater naval port. The base has been used in operations against opposition forces in Yemen.

It is clear that the Horn is the epicentre of foreign military activity in Africa. Foreign troops have been deployed there to counter threats to international peace, subdue terror groups and pirates, and support foreign security initiatives.

But there are other motivations to establish military bases in Africa. These include protection of commercial interests, aligning with friendly regimes, and expressing dominance on a continent that is the focus of rising global competition.

Of course, Africa is not the exception. The US, for example, also maintains a substantial military and security presence in the Gulf region. It has bases in countries such as Bahrain, Kuwait, Qatar and UAE.

Bilateral agreements with major powers generate income for African states. The opening of China’s military base in Djibouti is a case in point. Most of Djibouti’s economy relies on Chinese credit.

The presence of foreign military forces has also played a significant role in fighting terror groups. These include groups like al-Shabaab in East Africa and jihadists in Mali. This explains why several African countries are willing to turn to foreign governments for advice, intelligence and support.

But there is a downside to the presence of foreign forces on the continent. For instance, the African security landscape has become overcrowded by a multiplicity of foreign security and military activities. These activities often function at cross purposes.

The competition among some of the world’s powers has been heightened by the increasing presence of Asian powers. China’s expanding presence in Djibouti has caused concern.

Its influence in Africa and the Indian Ocean has ruffled feathers within Japanese and Indian political and security circles. A Chinese monopoly could impede their engagement with the continent.

Finally, African countries are not agreed on how to regulate foreign security and military activities. The approach so far has been disjointed.

Though Africa’s peacekeeping capacity has increased significantly, the AU is still highly dependent on external funding and resources for its peacekeeping operations. It does not have the freedom to take independent strategic, operational and even tactical decisions in its operations.

As long as these shortcomings exist in Africa’s response to armed conflict, foreign militaries and intelligence services will continue to operate on the continent.

These are matters that have to be addressed before African states can heed the AU Peace and Security Council’s concerns about extensive foreign military involvement on the continent.

Geeska Afrika Online (1985-2020), the oldest free independent Free Press in the region, brings together top journalists from across the Horn of Africa. Including Ethiopia, Somalia, Eritrea, Sudan, Djibouti, South Sudan, Uganda, Kenya. Plus, we have daily News From 150 major news organizations in the Middle East and East African regions. Contact at news@geeskaafrika.com

Social menu is not set. You need to create menu and assign it to Social Menu on Menu Settings.

Author and the owner of idman news